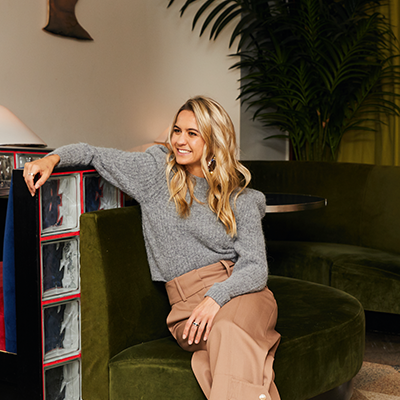 Nina Faulhaber is co-founder & co-CEO of ADAY, a direct-to-consumer brand with the aim to lift the standard for clothing by creating seasonless essentials from technical fabrics: a wardrobe that does more with less. Prior to ADAY, Nina was a Venture Capitalist at Index Ventures, an investment banker at Goldman Sachs and in a former life a competitive gymnast in Germany. Nina was named to Forbes 30 under 30 in Retail & E-Commerce in 2016 with her co-founder Meg and ADAY was named one of Fast Company’s Most Innovative Companies in 2018 and has been featured in Fast Company, Vogue, Refinery29 + Conde Nast Traveler. Nina is passionate about minimalism, planet earth, human connection + creating a beautiful future and the role ADAY as a brand plays when it comes to conscious living, sustainability + creating that very future.

Be the first to know of any event updates!