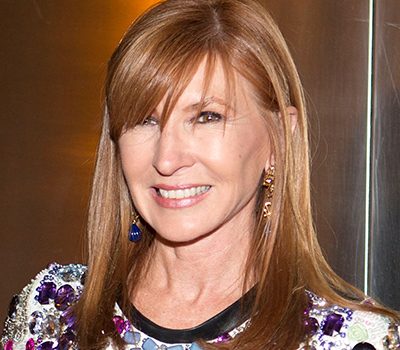 Nicole Miller is a renowned American fashion designer, known for her signature graphic prints, innovative silhouettes and skillful draping. Born to a French mother, Nicole was trained at the Rhode Island School of Design and the Chambre Syndicale de la Haute Couture in Paris. RISD inspired her sense of freedom and creativity while Chambre Syndicale gave her a mastery of the classic French techniques of haute couture.

The Nicole Miller brand was launched in 1992 and became well known in the retail industry for popularizing the little black dress. Over the past 25 years, the brand has since garnered a loyal following of celebrity fans including Angelina Jolie, Beyoncé, and Blake Lively, amongst others. Nicole is a CFDA board member, and has been the recipient of numerous industry awards such as the Legend of Fashion Award (2006), Fashion Group International Lifetime Achievement Award (2012), and the Visionary Woman Award (2014).