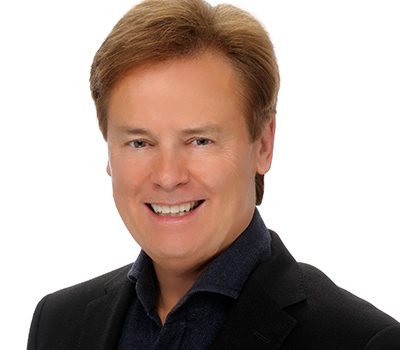 Over the course of his visionary career, Dan Hodges has had a role in shaping each new and emerging technology and bringing it to market to impact consumer relations in the realms of cable television programming, digital advertising, video on demand, interactive television, mobile advertising, IOT, AI and the experience economy.

In 2014, Hodges founded Consumers in Motion (CIM), after his astounding success using mobile technology to support and educate the US State Department to reach civilians when the infrastructure went down in the 2010 Haiti earthquake. As word of Dan’s success with the State Department at Mobile World Congress spread, he began to be flooded with offers from Fortune 100 companies to do the same for them. CIM has since worked with thousands of executives to improve their companies’ digital performance.

Sensing an emerging need for brick-and-mortar retail experiences, his most recent collaboration is a strategic partnership formed in 2016 in association with the National Retail Federation. CIM created immersive learning experiences for retailers at the event and while visiting innovative retailers in New York City. The instant success measured in the sale of NRF Retail Store Tours tickets at the NRF Conventions in Las Vegas and New York, was an indicator of the public’s interest in curated retail experiences.

Daniel Hodges started his career in advertising, working with such industry giants as Irwin Gotlieb. A decade later, he joined Discovery Communications, where he had the opportunity to work with John Hendricks, Discovery’s founder. As a core part of the sales team, he helped Discovery boost its revenue from one hundred million dollars to one billion dollars in seven years. National Public Media CEO Gina Garrubbo, who has known Dan for twenty-five years, calls him “the kind of person who sees five to ten years into the future with all the detail needed for a successful business.”

Hodges next vision was of a world in which digital marketing and commerce superseded traditional bricks-and-mortar establishments. Foreseeing this next wave of growth, Hodges founded his own consulting company to help forward-looking businesses transition to digital. Because of his growing reputation as a digital innovator, Enpocket recruited Daniel Hodges in 2006 to run the largest mobile-only sales force in the United States. When Nokia purchased Enpocket a year later, he became head of what was then the largest mobile-only sales force in the world. He spent the next decade reimagining the world of mobile advertising.

He speaks regularly at conferences and events all over the world, advising business audiences on the implications of rapid technological changes for both themselves and their customers including World Bank, US Department of State, Harvard Business School, GSMA Mobile World Congress National Retail Federation: Big Show, National Association of Broadcasters, South by SouthwestMobile Marketing Association.

Dan Hodges is married to his childhood sweetheart, Margaret. They are the proud parents of three children already making their mark as successful young business people.