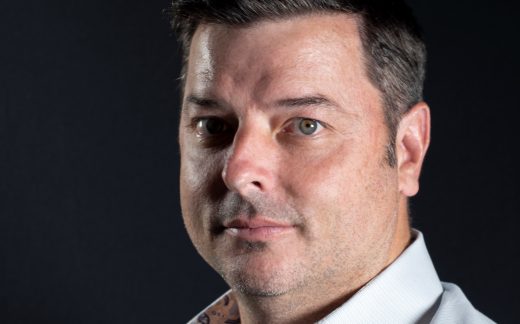 Conor Riley is the multi-talented CEO of LUXIE Beauty, the luxury cosmetics company behind one of the first vegan, cruelty-free premium makeup brushes, now available in the Americas, Europe, and Asia. Driven, bold, and an out-of-the-box thinker, the Northern California native started his first company at the age of twenty: an event-based marketing company in Modesto, CA. Riley soon established himself in the finance world, becoming a founding partner of tech-focused, boutique venture capital fund Obsidian Partners. Shortly thereafter in 2008, he served as a founding partner of White Stable Ventures, a private equity fund focused on manufacturing and transportation investments. Having spent years in business, Riley gave in to his thirst for adventure in 2010 when he sailed off into the sunset. He powered through hurricanes, survived a tsunami, and lived in remote anchorages for months on end. Riley immersed himself in sailing life; scuba diving, learning new languages, and enjoying traveling the world. It wasn’t until four years later that he returned to his finance roots and joined Global Capital Markets, Inc. – a full-service investment bank – as a principal. There, he worked on a variety of deals in tech, fintech, agriculture, real estate, and medical devices. In 2018, Riley stepped into the world of beauty as an investor and adviser for LUXIE Beauty. A year later he took on the position of CEO at LUXIE to reposition the brand for global distribution. “I absolutely love working in the consumer product space,” Riley states. “It is real stuff. Real products, real customers. In a world driven by technology, I love being part of something real. It feels special to be able to create something that people look at, touch, and use every day.” Today, LUXIE is sold in 160 countries and ships worldwide their high-quality, synthetic makeup brushes and tools that are vegan and cruelty-free. Their collection of fan-favorite products is available in top US retailers like Anthropologie, Macy’s, and Nordstrom, to mention a few. With Riley leading the brand, LUXIE believes in the spirit of philanthropy and supports several organizations such as the World Wildlife Fund, the NAACP Legal Defense Fund, Campaign Zero, the ACLU, Reclaim the Block, and the Grassroots Law Project. They also donate products to the San Jose Women’s Shelter and volunteer time at the Second Harvest Food Bank.