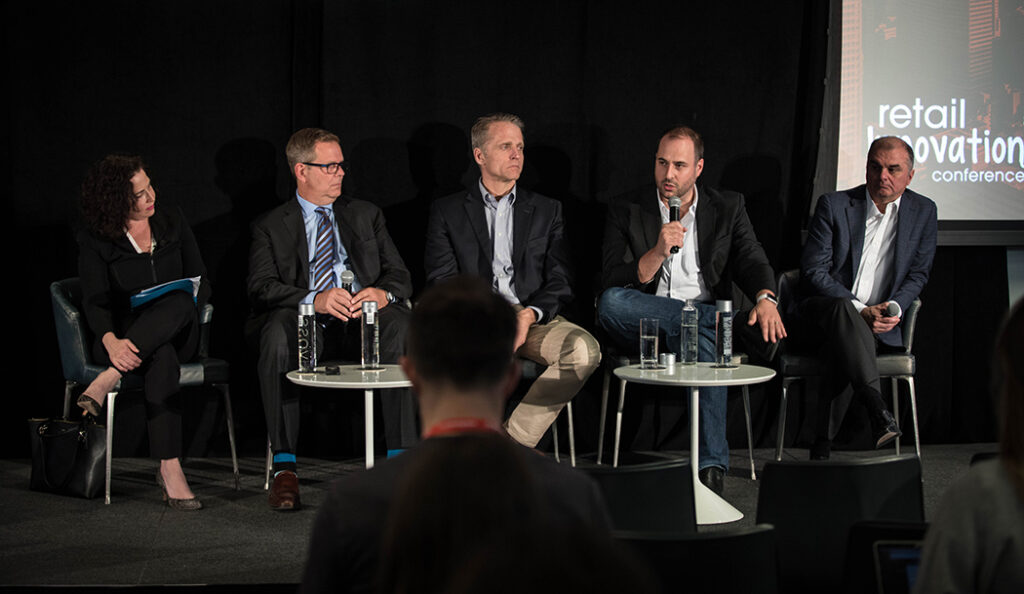 As consumers continue shifting to digital channels for their shopping needs, retailers — particularly their CIOs — must spearhead technology developments throughout the organization. But many of these CIOs often struggle with handling an “us vs. them” dynamic that persists between IT departments and other business units.

Retailers must evolve past this mindset, said Martha Heller, President, Heller Search Associates, during a panel discussion at the 2017 Retail Innovation Conference, held May 8-10 in New York City.

“When I go to CEOs and say, ‘What are we trying to solve?,’ they say, ‘We need a CIO that’s a change agent,’” Heller said during the panel. “But when I say to CIOs, ‘What’s your biggest challenge?’ they say, ‘The business won’t change.’ However, everybody’s got to get together because technology is the future of retail.”

During the panel discussion, four leading retail CIOs shared their digital transformation strategies and how they foster collaboration between their IT teams and the rest of the organization:

IT teams need to engage with other departments early on if they want a unified direction for business strategies, especially when considering partnerships with external vendors, said Ernst.

“I’m no help to you making change if I talk to you at the end and you already have an answer on your mind,” Ernst said. “If I can get to that conversation earlier when you’re trying to formulate a business strategy about a market you’re going after, I can be a lot more helpful in trying to help you drive and align to that strategy.”

Hnanicek suggested that all employees must have an open mind when learning new ways to reach the consumer. That requires managers to think outside their traditional roles and be willing to bring in outside parties to form their own vision of the customer experience.

“To be fair, this role of digital is very different from traditional IT systems, which were much more linear in terms of what you were trying to get done,” Hnanicek said. “The [digital] role has built a nonlinear, but much more creative experience, which puts a burden on the IT person to get more comfortable in that space versus how we’re used to operate.”

Trust Younger Colleagues To Be Part Of The Process

As technologies continue to evolve, retailers also must establish trust in their newer and younger employees. Phipps noted that he joined A.C. Moore when many of the company’s execs were brand new as well, so they had to trust him when he established a strategy that empowered junior employees to sit in on meetings and make decisions.

“It’s going to feel a lot different than that executive workshop you held when you implemented Oracle, where you all sat in a room for seven hours and passed all these ideas around, designed it and established it nine months later,” Phipps stated. “It’s not about that. You need to empower junior people in your organization to make decisions on the entire function. The safety net is this: If they screw up, or something goes awry, we’re going to be there to catch you, because we don’t have to go through another six, 12 or 18-month development cycle. We can course correct thereafter.”

Learn How Employees Handle IT Tech

But there’s more involved than relating to young employees within the corporate side. Technology execs also must get down to the store level and the POS to see how associates and cashiers actually are working with the technology, because management often doesn’t get that daily visual. Israel of Six Flags visits various theme parks in-season to watch how guests get through the front gate or buy food and souvenirs in the shops. He and other company execs are required to visit the parks to gain insight into how the technologies affect general workflow, and by proxy the customer experience.

“Very often, at an executive or manager level, you’re not seeing what the front-line employees are doing,” Israel said. “At the same time, you may be giving them instructions to push this product or that product, but if they can’t get out from behind the register to do that, it becomes very difficult. We have to do those things, because if we don’t, if we’re in that vacuum and not communicating, you’ve added so much complexity into the systems that the front-line employees can’t do what they’re supposed to do.”

Knowing that communication, early engagement and trust among different departments is critical for a successful IT adaptation, CIOs must continue to ensure that employees across the organization share the same digital mindset that remains flexible to potential changes.

“The digital space and working across functions absolutely requires collaboration,” Hnanicek said. “I would expand that to say ‘team skills’ because on a team, you sometimes lead, you sometimes follow. You have to be flexible in all those roles. Those are things that don’t necessarily come easy in traditional corporate environments.”